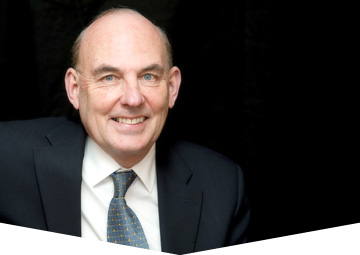 A few words from James

I sincerely thank you for your interest. Here is a little bit about me…

I enjoy running marathons (both personally, and in the legal arena!), biking and skiing. You could say my love for the outdoors is a direct result of being a life-long resident of beautiful Norfolk County!

As my client you will benefit from my high skill level and organized work ethic.”

Professionally, you will find me working on: commercial and residential real estate deals, mortgages, rezoning and severances, in addition to Wills & Estates from either our Simcoe or Port Dover office. I am a highly dedicated and cooperative lawyer and would be happy to meet with you personally to discuss your legal needs.

James in the Media

Did you know Title Insurance can protect you against mortgage fraud, as well as a number of other unforeseen pitfalls? View Printed Ad

When selling a property, you need to have the utility companies do the final readings. Checks you do yourself could be contested. View Printed Ad

Incidents of real estate title or mortgage fraud are increasing in Canada and homeowners and lenders are proving to be irresistible targets for fraud artists. The role of legal professionals and title insurance companies has become critical in the fight to detect and prevent fraud. Homeowners can protect themselves through independent legal advice, the purchase of title insurance and exercising caution when signing legal documents. The financial loss which a homeowner could sustain as a victim of fraud could be huge.

If you are selling real estate today you may be asked by your real estate agent to complete and sign a Seller Property Information Statement (“SPIS”). These forms are the product of the Ontario Real Estate Association (OREA). It is not a legal requirement that you sign these forms when you list your property for sale.

Should I Get Involved as a Condominium Director?

Finders Are Not Always Keepers

Written by James Boll on September 4, 2012. Posted in Civil Litigation

The story takes place in Stratford where Jean and Harry Weitzner lived together for 38 years prior to Harry’s tragic death in a fire in 1989. Harry left a will naming his wife as his sole heir.

For about 30 years, Harry operated a scrapyard on the site, using a portion of his home as a business office. The property was sold by Jean to Hermans in 1997 who then had the house demolished by Cornelius Goncalves.

During the demolition, a fire extinguisher rolled out of a crawl space under the business office in the home. An unspecified quantity of silver coins were found in the extinguisher, along with $130,000 in old $50 and $100 bills. The money was in 26 neat bundles of $5,000 each.

Written by James Boll on August 9, 2012. Posted in Agriculture Law

If you are considering purchasing a farm property or if you are in the midst of a farm purchase you should be aware that a lower “farm lands property class” tax assessment enjoyed by the current owner may not be transferrable to you as a purchaser unless certain formalities are observed.

Keep on top of all the Brimage news, events, and discussions. Or better yet, join the conversation.